Happy Saturday Loves! It’s the fourth day of the new year and some great time off spent with family, friends and loved ones has given me time to reflect and check-in with myself on what I want and how I want to feel this year. Over the last six or so months I have found myself envious of those who are brave enough to take a break from social media and discover themselves without so much time on their screens and without the constant messaging we receive from social on how we should look, feel and be. This year, for the first time in about three years, I am in a job that does not require me to use social media daily and so I am going to take this opportunity to take a break from all social media and blogging. I have loved this blog, the community I have built through it and the space it has given me to express myself. When I started the blog it was just what I needed in a period of great change in my life. I don’t know if I will continue writing after my break but I am excited to see what a period away brings to me. Wishing you all the best of love and success in this new season. Xoxo #melaninadventures #newyear #socialmediabreak #bloggingbreak
It’s almost 2020! I hope the holiday season has treated you well with quality time with those you love. Let’s celebrate, relax and recharge our way into the early days of 2020 together. ✨#melaninadventures #2020 #newyear #holidayseason
It’s the most wonderful time of the year. I hope your holiday season is full of magic and love. Remember no matter how you celebrate this time of year, perfection isn’t possible but there can be perfect moments (moments that fill you with gratitude) in every day. 🎄❤️😘 #melaninadventures #holidayseason #gratitude #christmas
Under a week to go until Halloween! Have any fun or scary plans in store? I haven’t decided what I’m doing quite yet but have loved seeing all the mini pumpkins around town. 🎃 👻 #melaninadventures #halloween #fall #pumpkins #pumpkinseason #pumpkinpatch #pumpkinpicking #yyj
Social media can be a negative, anxiety inducing place but YOU can counter that by curating your feed to bring you both joy and support. I regularly spend time making sure I follow positive and encouraging content creators whose posts enrich my day and sometimes, like this morning, I scroll past the exact words I need to see such as this powerful quote. ❤️#melaninadventures #curateyourfeed #positivity #gratitude #love #wordstoliveby #wordsofwisdom #spreadlove
#BC friends the polls close in just under an hour but that’s still enough time for you to get out there and make your voice heard. Voting is quick and easier than you think, don’t miss your chance to have a say in our democracy. #itsourvote #bcvotes #elxn43 #canadavotes @electionscan_e

My trip to California was lovely. I was greeted by a heat wave and lots and lots of sun. Temperatures reached 33 degrees celsius and there wasn’t a hint of fog, even when I crossed the famous Golden Gate Bridge which is know for it’s foggy weather. 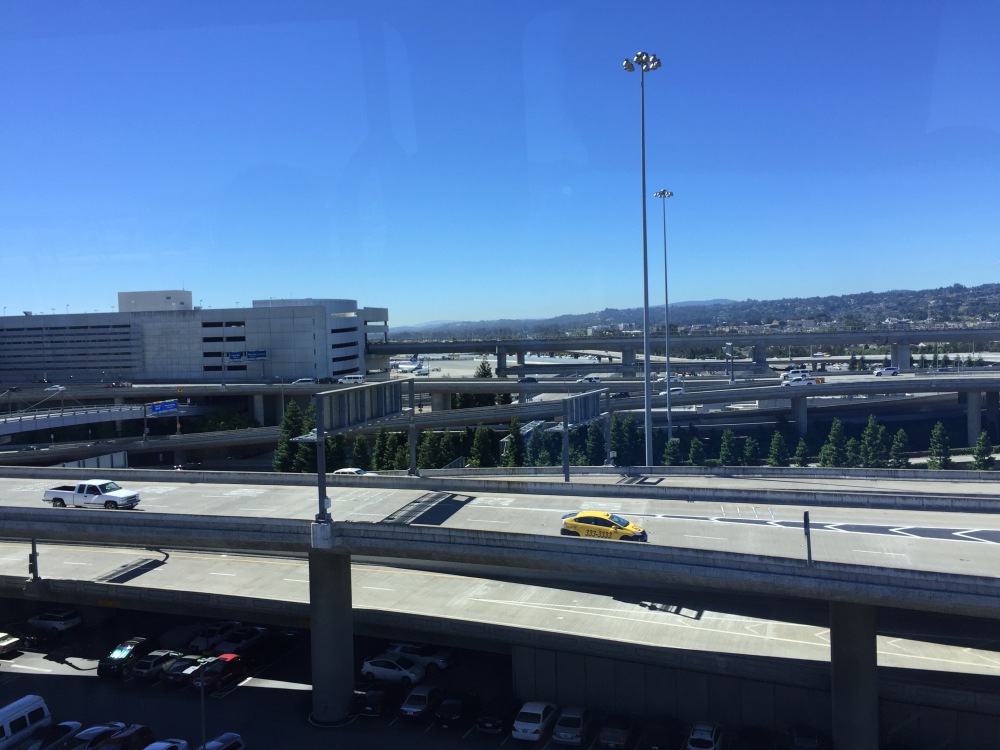 I arrived in San Francisco around 10 am and immediately changed into a tank top. It was 21C and sunny! I was almost euphoric, having left rainy Victoria weather behind. Smiling and warm I headed off to the Bay Area Rapid Transit (BART) subway system to head to Downtown Berkeley, where my friend Nell was kindly hosting me.

Nell met me at the subway station in Downtown Berkeley and it was wonderful to see her. I hadn’t seen her since I was studying in London, England about three years ago. From the BART station we walked down to Nell’s apartment, a lovely walk up with a real California feel. The home featured elements created using reclaimed Volkswagen Van parts and had a sky light and lots of natural lighting, you couldn’t help but smile and feel like you were really California dreaming.

After a quick tour it was off up the road to a local Japanese restaurant where I had some of the best gyoza I had ever tasted, presented as an entree this meal hit the spot for the great price of $7 USD.

Next was a trip to the famous UC Berkeley. On the way to campus we passed a Ben and Jerry’s where I had to stop and get a scoop of non-diary Caramel swirl vanilla pecan ice cream. You can’t get Ben and Jerry’s by the scoop in Victoria and it’s super hard to find non-diary ice cream outside the super market, so I was in heaven.

Berkeley, home of the golden bears, is large and very aesthetically pleasing with lots of green space. Nell showed me some of the most famous elements of campus and some of the student haunts. My favourite was the great green space in front of the library called Memorial Glade where students set up hammocks in the afternoon, to study and relax. 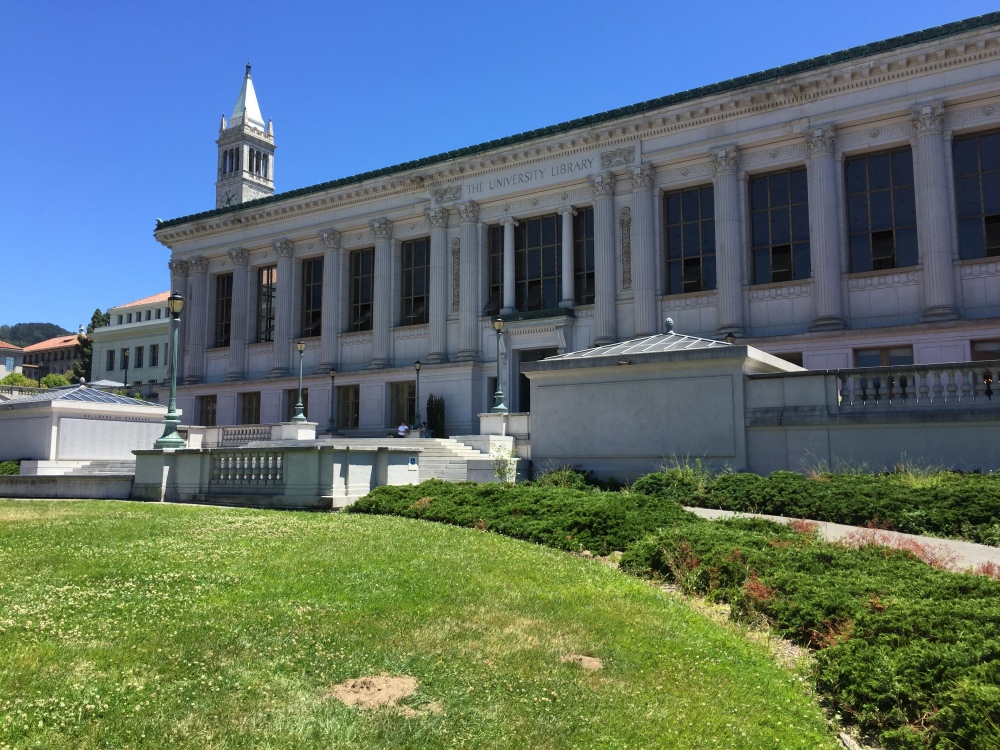 The campus has a HUGE Amazon shop, where you can pick up packages and have things shipped from Amazon. It was cool to see how popular the online retailer was in the US, as it hasn’t had the same kind of success in Canada but you hear it is major. The shop was located in the student union building, which is named after Martin Luther King Jr. MLK stickers and signage can be seen all over the City of Berkeley and the UC Berkeley campus, there is even a main street named after the famous civil rights leader.

After checking out the campus and the cool Californian shops near by it was off to grab some of the famous sourdough bread at Berkeley’s noted bakery and cafe The Cheeseboard. The shop has a huge array of cheeses and breads to choose from. I was impressed with the price and size of the loaves. $3.10 could get you a massive loaf of bread, a great treat when travelling a new city by foot.

A highlight of Berkeley for me was how it lived up to its hippy, liberal west coast reputation. There were public chalk boards outside religious centres where people wrote notes of positivity and encouragement to help you along your day. The Toyota Prius was everywhere and no worries at all if you were into alternative energy sources for your vehicle, as there were gas stations that supplied biofuel made from recycled vegetable oil.

To get home and get ready for our evening hike we took an UBER, the first I had ever taken as we don’t have them out in B.C. yet. Something I had never heard of before was UBER Pool. Much like carpooling you pick up an UBER and then pick up other riders along the way to your destination. It is very cost effective and you meet some really interesting people. Throughout my whole trip we took UBER’s and I was impressed with the service and liked how you got to meet locals and learn about their experience living in the city, the way they saw the city change and what brought them there etc.

In the evening we hiked the Claremont Canyon Regional Preserve. The hills on our hike were like no others I had ever experienced, so steep and the views were amazing! You could see the Golden Gate Bridge, San Francisco, the Bay Area (Downtown Berkeley, Downtown Oakland and UC Berkeley) and the San Francisco-Oakland Bay Bridge. The trial was lined with Californian succulents and beautiful plants that could only thrive in drought. We saw bunnies and red squirrels and once again I was filled with that overwhelming feeling of joy and gratitude that I was getting to experience this wonderful place with an old friend.